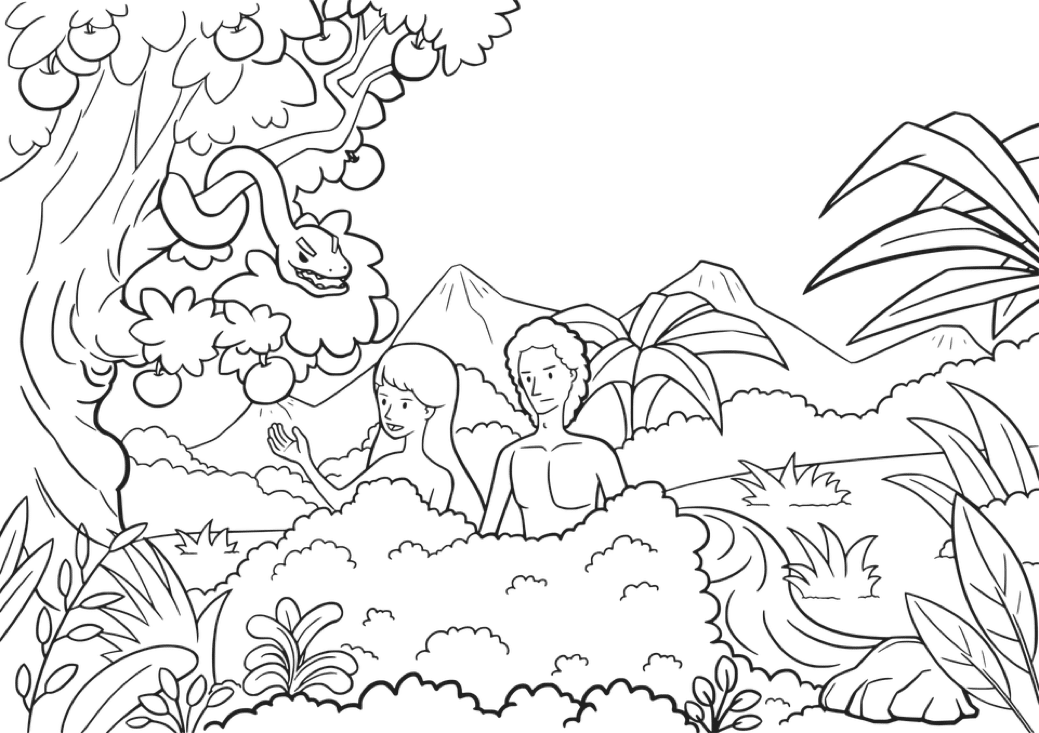 It was John McArthur who wisely noted something about the Feminist movement. He surmised that it was not a movement that began in the 1900’s, but rather one that began way, way back—in the Garden of Eden. In Genesis 3:6, after Eve “saw that the tree was good for food, and that it was a delight to the eyes, and that the tree was desirable to make one wise, she took from its fruit and ate” (italics added). One important thing to remember, however, is to whom the original command was given. God originally commanded Adam not to eat of the fruit. As Eve’s husband, Adam was supposed to be the head, or leader, over his wife.

Adam was supposed to protect Eve, love Eve, and lead Eve. Here, though, we find Eve doing something she should not have done: she usurped Adam’s control. Eve disobeyed God by being insubordinate to her husband, side-stepping his authority. Adam should have been there to protect Eve’s spiritual condition and advise her not to eat the fruit, but Eve should not have acted independently of her husband’s authority.

Ever since the fall of Adam in the Garden, there have been many effects of the curse of sin. One effect is towards all women, in which “your desire will be for your husband, and he will rule over you.” What “desire” will women have? A little further in Genesis, chapter 4:7, we find God telling Cain that “sin is crouching at the door, and its desire is for you, but you must master it.” Sin has a the desire to be master over you. In the same way, all women after the fall have a sinful inclination to be master over their husbands; something that is backwards and opposite to God’s ordained structure of a marriage.

Wives ought to willingly subject themselves to their husbands.

The phrase “be subject” in Ephesians 5:22 comes from the Greek work hupotasso. This Greek word carries the meaning of “subordinate..to put under.” The wife, therefore, is to willingly subordinate herself to her husband, and follow his leadership. The husband is the head of the wife in the same way that Christ is the head of the church. Just as the church follows the commands and will of God, so the wife is to follow the leadership of her husband.

Subordination does not mean inferiority.

Considering how sensitive of a subject this is, I want to be clear: just because a wife is called to submit to her husband does not mean that she is somehow inferior. Christ willingly subjected Himself to the Father, yet He was still God. Just because Christ submitted Himself to God did not mean that he was somehow inferior to, or lesser than, God. Both male and female have equal spiritual status before God. Even Peter advised husbands to be understanding with their wives, viewing them as coheirs in Christ. In the sight of God, every wife has just as much spiritual worth and value as their husbands; we are all precious children of God. This submission is in regard to the roles that God has designed for the family. God has ordained that the man be the leader of the household and that the wife be submissive to his leadership; that is how the marriage is designed to function.

Wives are to be submissive to their husbands in everything.

The extent of this submission becomes clear in the last part of verse 24. The only exception to this command is if the husband demands that the wife violate Scripture. Other than that exception, the wife is to submit to her husband’s leadership in every regard. Although this may seem like a culture shock, let us remember that this is God’s command. A helpful starting point for the wife is to verbally commit to follow her husband. Even if she doesn’t agree with his decision, or if he is acting in an unloving manner, she is to remind herself that God’s will is for her to follow her husband. It helps to say aloud, “well, even though I don’t agree, God wants me to be submissive to your lead, so I will do as you say.”

Having written this devotional as a man and husband, it has been extremely difficult for me. I recognize how sensitive of an issue this is, and how easily men can abuse their role of leadership. One thing I can offer is the viewpoint of a husband. I am so thankful to my wife that she has chosen to willingly subject herself to my leadership. On the other hand, after she has done so, I have realized how great of a responsibility God has placed on my shoulders to lead rightly.

Wives, know that it means the world to your husbands for you to say with your actions, “I trust you as the leader of our family.” As the wife subjects herself to the husband, and as the husband expresses love towards her, the marriage will rightly reflect the relationship between Christ and the church. Let our marriages reflect that beautiful unity and love to a dying, broken, hurting world.

I would like to end on a practical note for wives. Here is one major way a wife can submit herself to her husband: “After giving appropriate and loving input, allow him to make the decisions for her and their family, and trust the Lord with the results. Even if the husband makes decisions contrary to the wife’s wishes, she should do this without holding a grudge against him.”[1] This bold action captures the very essence of the command in Ephesians 5:22-24. Wives, let us seek to obey God’s will for our marriages. God calls for the husbands to love and lead their wives, and God calls the wives to be subject to their husbands in everything.