Home 9 Uncategorized 9 So what’s next? 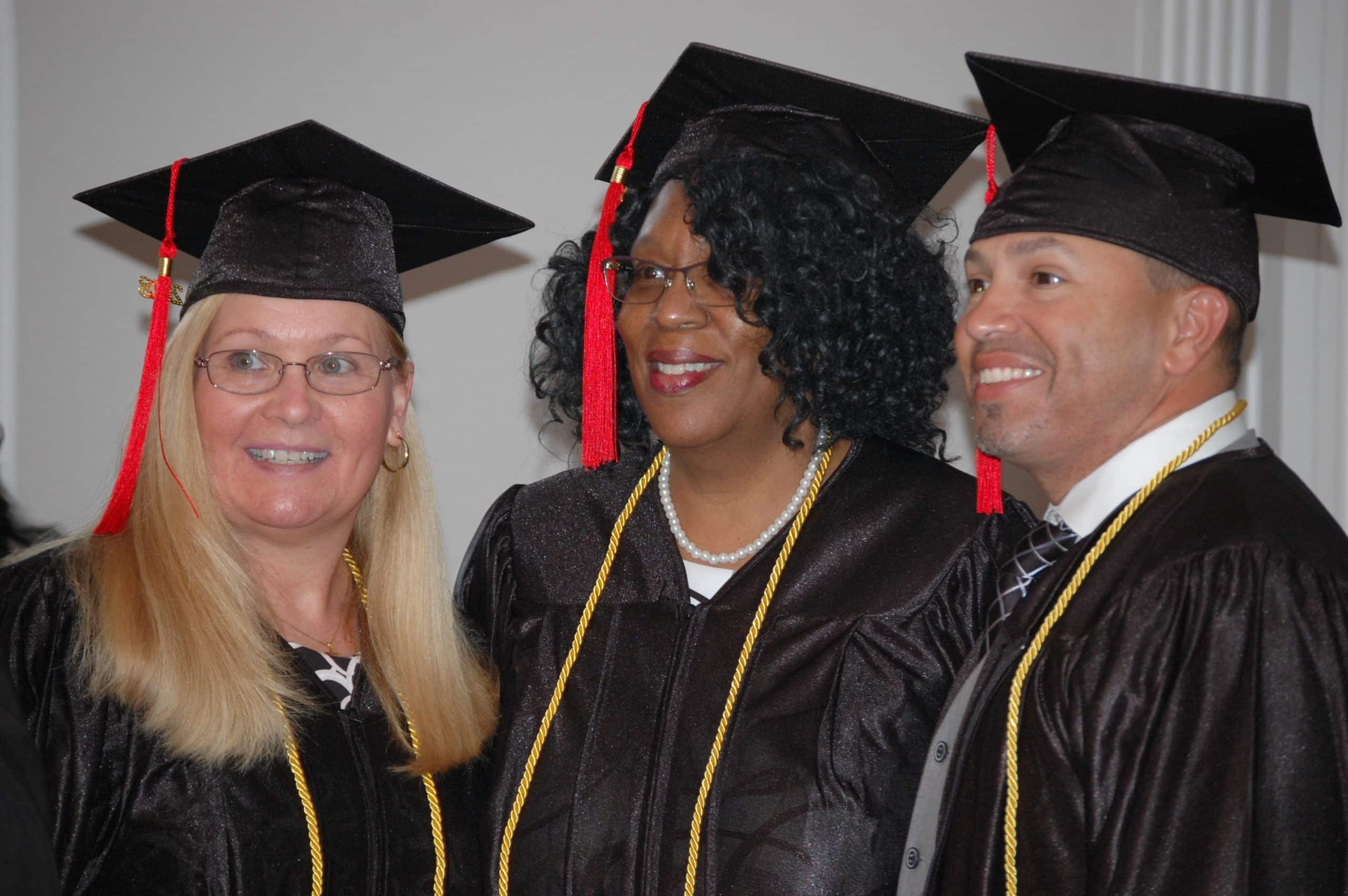 This year, the CCBS graduation ceremony was a beautiful event held at Village Baptist Church as years of hard work, diligent study and perseverance yielded fruit for God’s glory for His Kingdom! On my desk, I have kept a quote I found around the time I received my AA in May of 2016, which says, “Salvation is by grace. Graduation is by works.” While this statement is true, I would also add that “Graduation is by His grace through our works plus the mercy of many teachers.” Whew! I can’t speak for everyone, but only God could have orchestrated the events leading up to and through graduation in my case. God is surely faithful to complete the work He began in me after graduating high school in 1980 and straight to Campbell University in the fall of 1980 with several subsequent attempts to complete my college degree since that time. Yes. Do the math. That plan did not come to pass. So, fast forward. It is now 38 years later. At least I didn’t end up in the belly of a large fish!

But what is next?

My life has centered around the CCBS quarterly schedule since 2013. How will I know when to change my sheets without that 11-week schedule? It took me a few weeks to get my equilibrium back like being aboard a ship that I couldn’t steer because I was only a passenger; He was and still is the Captain. Sometimes, I felt like Paul in his shipwreck, but I was never tossed off of the ship even though I was seasick many times as the first 2 weeks of a new quarter hit me like a rogue wave due to ‘syllabus shock’. It took me more than a few quarters before I learned how to deal with that anxiety and the ‘firehose’ feeling of taking in more information than you can immediately process.

What I didn’t anticipate was that along with studying the Bible and growing spiritually, I was also learning and practicing the finer points of patience, perseverance, and discipline. Those qualities cannot be taught from a book or learned from a book. They must be experienced first hand in order to really understand what they mean. And that takes time. So when I read about Abraham and Sarah being way past the Social Security threshold and how God blessed them, I paid careful attention. And while Moses was MIA for 40 years before he was given his assignment, I took heart. And after all those years when Joseph was finally reconciled to his brothers, especially Benjamin, and his father Jacob, I was encouraged that God already knew exactly how this would all work out. Like Esther, this was proven true every time I took an online McCuddy trifecta quiz/test which resulted in desperate words of resignation, “If I perish, I perish.” I don’t expect that I will be called to the greatness of the Hall of Faith, but it is obvious that this preparation was necessary for whatever purpose He has already planned. I’m an alumnus now, Kate Turabian. Contractions are my friends!

In the meantime, I have been reading accounts of missionaries like Amy Carmichael and Jim Elliot. All at once, I am humbled by their sacrifice. God used both of these Christians in mighty ways to accomplish specific work for His Kingdom. They obediently went to places that no one else would ever dream of going to minister to the most lost of the lost, if there is such a thing. Their lives are examples of what it means to carry out the Great Commission. Jim Elliot illustrates the life of a Christian servant when he wrote, “He is no fool who gives what he cannot keep to gain what he cannot lose.” As I read the words of Elliot and Carmichael, I realize that there is also a fire shut up in my bones like Jeremiah. It is there for a reason that only He knows.

So while I wait for the next phase of this Christian journey, I’m practicing waiting. I read more than I did while I was in school, thanks to the convenience of Amazon.com! It is as if a switch has been flipped inside of me and I can’t flip it back, nor do I want to. I can’t stop using Bible analogies to the point that Paul’s words get trapped in my head like water gets trapped in my ears from swimming laps! No matter how much I tilt my head and jump up and down, they remain. Most of all, I keep thinking about all that I learned about how Jesus ministered to the women he encountered, even when He went out of His way, like to Samaria, for one particular woman. Everything He did or said was intentional and had a future purpose for His Kingdom. Like Martha’s sister, Mary, I would have been at Jesus’ feet listening ‘to His word’. As Luke recorded Jesus’ reply to Martha, “But only one thing is necessary, for Mary has chosen the good part, which shall not be taken away from her.”

Yes, graduation night was a momentous occasion for me. As I remember that night, it is as if it was in slow motion. I felt like I was on auto-pilot. The course had already been set. I climbed up the steps to Dr. Ghee for him to call my name and then glided over to Dr. Korver to receive the evidence of God’s reward and descended back down the steps and landed in my seat. I have chosen the good part as a disciple of Jesus, and no one will ever take that away from me.