“so that you would walk in a manner worthy of the God who calls you into His own kingdom and glory”
1 Thessalonians 2:12 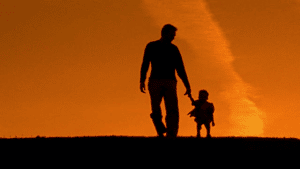 If you are a believer, allow me to bless you with the reminder that there awaits for you an eternal kingdom in heaven; an eternity secured by Jesus Christ’s finished work on Calvary’s cross. Not only do future rewards await the obedient, faithful believer at the Judgment seat of Christ (1 Cor. 3:5-10), but believers can also eagerly anticipate being in the magnificent presence of our Lord Jesus Christ forever; seeing the God who died on your behalf not dimly, but actually face-to-face, and knowing him not just by faith as we do now, but as innately and fully as He knows us (1 Cor. 13:12). Finally pain, struggle, sadness, and hurt will be felt no more as we receive glorified bodies and are rescued completely from the presence of sin-all thanks and glory be to Jesus!

Although eternity with God sounds amazing and all, I know the grind of day-to-day living can often cloud the eternal mindset we are supposed to cultivate. Yet, even though everyday life can seem to occupy us up to our eyeballs, we are still called to set our minds and hearts above to heavenly things and to think on such things. Reminding ourselves of the glorious future that has been secured for us by Jesus Christ can be an empowering endeavor, one that jolts our minds to think on the heavenly reality that is a certainty and an actual future that awaits us. Honestly-think about that: you will be with Jesus Christ the Messiah forever!! Not only can our hearts rejoice inwardly, but thinking ahead of what really awaits us can be the jump-start we need to live currently “in a manner worthy of the God who calls you into His own kingdom and glory.”

Have you ever noticed a Christian who seems oblivious to their blatant blind-spots? Someone who brings embarrassment or shame on themselves without ever being aware of it? Someone who hard-headedly bulldozes people in conversation or, although they attempt to communicate biblical truth, are often not received well because of their demeanor or the way they speak? I work with a fellow Christian who routinely jumps at the occasion to verbalize his dismay and discontentment about other people’s poor work; the irony is that he has been written up several times at work for not performing his required duties and has earned a reputation by almost everyone for being obnoxious and a lazy worker. Having had almost everyone come to realize how inept and loud he is and yet also knowing that he himself does not realize it, I regret not being more verbal and direct with him; such a predicament is actually an opportunity for me to develop straightforwardness and tough love-to confront him about his own work ethic and to make him aware that maybe he should focus on his own work rather than dismiss others-but continually I shy away. I struggle with wanting to maintain niceness and politeness knowing that such a confrontation will likely change the way he thinks about me and acts around me, even though I think that correction, reproof, and rebuke are in his best interest and appropriate for him at this stage. What I am sacrificing is the chance for God to mature him in much-needed ways, but for poor reasons I seek rather to maintain an even-cool and avoid an undesirable confrontation; basically, it’s easier for me to keep my mouth shut and let him continue on in ignorance as he offends and aggravates others without ever knowing. Am I alone in this predicament, or can you think of a similar scenario you are in?

The reason I mention such a current struggle of my own is highlighted by the things Paul writes immediately before this verse. In having ministered to the Thessalonians, Paul reminded the Thessalonian church how he behaved towards them; not just to defend himself against malicious criticisms, but also to provide an example of a model servant of Christ that they may follow in order to be “imitators of [them] and of the Lord” (1 Thess. 1:6); providing some insight on how to walk in such a worthy manner. In his conduct towards the Thessalonians, Paul “proved to be gentle…as a nursing mother tenderly cares for her own children” (2:7), had “so fond an affection” that he was “well pleased to impart to [them] not only the gospel of God but also [their] own lives” (2:8), labored hard night and day so as not to be a burden and endured hardships for them. He described his behavior towards the believers as devout, upright, and blameless, and exhorted, encouraged, and implored each of them as a father would his own children “so that you would walk in a manner worthy of God who calls you into His own kingdom and glory.” As he exhorted the Thessalonians to walk in such a manner, Paul also demonstrated what that looked like with these specifics.

What a model of Christlikeness Paul was; a model that we too ought to strive to imitate as we conduct ourselves around other Christians. As you continually confess your sins and walk by the Spirit, I pray that you will seek to conduct yourself towards believers as Paul did. Behaving in a such a way is, I think, a great template on how to walk in a manner worthy of our magnificent calling. I know that we often try to follow Christ as best we can and hope that that is enough to transform the lives around us, but in addition to conducting ourselves as Paul did, the Holy Spirit may use us also to exhort, encourage, and implore other Christians to walk in a manner worthy of the same God who called them. Even though it may be a bit of a stretch to stand firm verbally with others, allow yourself to be used by God in a such a way, and in the meantime be an active participant with the Holy Spirit in your spiritual maturation in Christ as you are fed on the Word of God. You will find that the Holy Spirit will embolden you and temper your words with love as you seek to dole out corrective, inspiring, and uplifting truth. It is time that we not only walk in a manner worthy of the God who called us, but also help our other brothers to grow in Christ and walk in a manner worthy of the same God who called them.