Home 9 Uncategorized 9 He Named Me David

He Named Me David 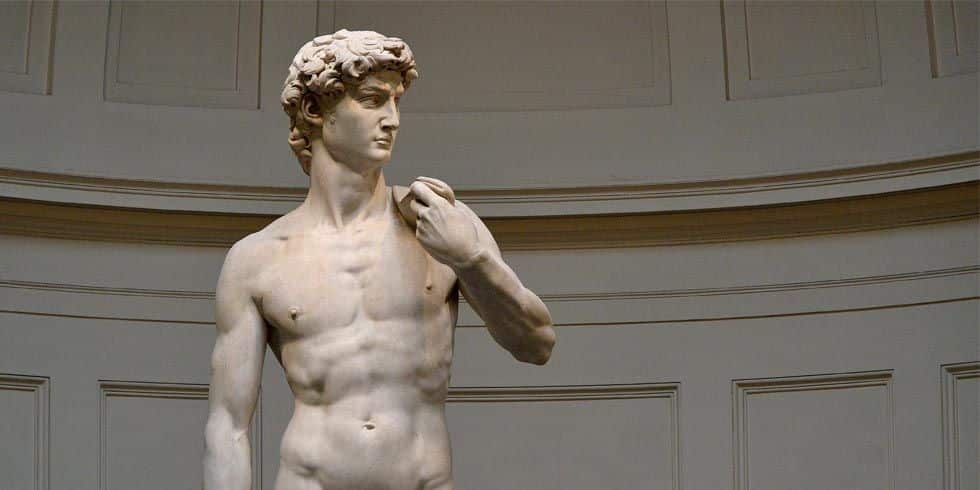 My sense of rejection was deepening.  Another sculptor now had examined me (I’m just an old chunk of marble) and after he saw the tell-tale flaw he walked on.  It doesn’t take a good sculptor long to spot the big flaw in my body and find me therefore useless.  They all go and pick another piece of stone that will become a beautiful statue somewhere.

But not me.  I’ll never be of any real value.  At first I used to hope I could be nice statue in some wealthy home.  And then one by one as all the sculptors spotted this flaw in me, I resigned myself to being only adequate for a few figurines.   Lately I’ve begun to wonder if I’m fit for even that.  Oh God, how I hate my flaw.  But, I am what I am.

But then one day this sculptor came to the marble quarry to look for a stone.  I wanted him to be so new or so inexperienced that he might miss my flaw and choose me.  Alas, I could tell as he carefully inspected each piece of marble that he knew exactly what to look for.  He was good.  Us rejects develop experienced eyes.  As he walked closer I whispered to the small stone next to me, “Who is he?  I haven’t seen him before?”  “Some guy named Michelangelo,” he answered.

When he stopped in front of me, I figured he’d glance and walk on by.  But he stopped and began to walk around me and measure.  He stared at my flaw until I was embarrassed.  I almost felt like, like I was naked.  He looked so long I was ashamed.  I wanted to shout, “I can’t help it, — I was born this way!”

Finally, he left.  I was both relieved and hurt.  Relieved to no longer feel the pressure, hope, competition with the other stones – and hurt to once again to be rejected.

In a little while the horse and cart came by, I assumed to pick up that gorgeous new chunk down the way.  But it stopped in front of me and I was so carefully lifted into the cart.  I was ecstatic!!!!  Somewhere, somehow, someone had found use for an old flawed piece of marble.

Michelangelo took me home and began to chip away — cut and sand until finally he was finished.  He named me David….

That’s the story behind the most famous statue in all the world.  A piece of marble oft rejected by other sculptors because of a flaw in the stone.  But a skilled craftsman can make a beautiful work of art from even a flawed piece of stone.  The key is not the flaw in the stone but the skill in the sculptor.

Our Heavenly Father is an infinitely skilled craftsman.  He looks at you and me and sees it all.  In fact we are naked before Him.  Every flaw exposed.  And yet if we but yield ourselves to the workman’s chisel He can produce in each one of us a masterful piece of art of incredible beauty!

God yearns to take that flawed piece of clay called You and transform it into a statue of impressive strength, beauty, and grace.  Those around you will be awed, even speechless, at the transformation.  All He asks is that we yield to the chisel of His Word.

With you in the hands of the Sculptor!
William Boyd, Ph. D.

Dr. Boyd is the Vice-President for Strategic Development at CCBS